Croeserw is a village of approximately 1,380 inhabitants in the county of Neath Port Talbot.

Location
It stands on a hillside in the Afan Valley at between 196 and 299 metres above sea level.

Origins
It takes its name from Croeserw Farm and ‘woollen factory’, possibly of the Elizabethan period, which was demolished for road widening of the A1407 in 1982. A stone monument now marks the position where the farm once stood. Croeserw, meaning in the Welsh language ‘Crossing-acre’ (Croes = Cross/crossing + Erw = acre) refers possibly to the road crossings where the lip of the Afan Valley meets the upper reaches of the Llynfi Valley.

History
A woollen farm has existed in Croeserw since pre-industrial times. In the 19th century, Old Croeserw was developed as part of the expansion of coal mining into the upper reaches of the Afan Valley. Local mines included Scatton, Avon and Dyffryn coal pits as well as numerous drift mines. In order to meet the energy demand New Croeserw was developed to house mining families to service the burgeoning coal mines. These houses were substantially refurbished by the local authority in the 1980s/90s.

Today, the main industries around Croeserw consist of light manufacturing, service sector, retail, forestry and farming.  Croeserw is well-served by regular direct bus services to Maesteg and Bridgend, and scenic roads on all sides, including easy road links to Port Talbot, Neath, Swansea and the M4.

Amenities
Old Croeserw consists of the older buildings and the large cemetery on the hill overlooking the A1407. New Croeserw, higher up the hill, consists mainly of post-war public housing. A cluster of retail outlets including a post office, a hairdressers, a former Co-op supermarket, now family run, and an older hotel-pub are also located in New Croeserw. There is also an industrial park, and of course a primary school. 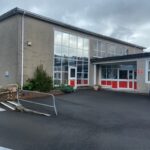 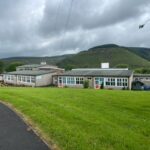 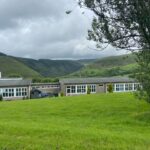